belarus.realigro.com is the first worldwide real estate search engine where you can look up listings of homes for sale in Belarus

Property for sale in Belarus

Traveling through Minsk, it is immediately evident that this city is affected by a building boom that may have no precedents in the country. The construction projects promoted by the Government are, in effect, of different urban areas. From the center to the outskirts, along the numerous metropolitan areas connected by large road arteries of Soviet design. Huge buildings are visible in various stages of construction and dozens of cranes and excavators at work. In Minsk, with its 1.7 million inhabitants, buildings of all kinds are built: for commercial and cultural activities, but also new student residences and the third subway network, apparently without paying for expenses. A phenomenon that in this direction also drags other Belarusian cities, from Vitebsk to Brest, from Mogilev to Gomel, albeit certainly less pronounced.

So it could be a very good momet to buy a property for sale in Belarus.

Rents of apartments on the market, especially in the city, are not exactly within reach of the portfolio (the average salary is between 200 and 300 dollars) and the tax is still quite high, due to an economic system still too closed.

For now, moreover, many of the development projects, as well as public investments, are financed with funds from Russia. But the real news, for those who look with amazement at the building boom in progress in Belarus, or for those who want to buy a property for sale in Belarus, is the building of a huge Chinese industrial park that is rising in the Smolevichsky district, close to the Minsk2 international airport.

This country of the CIS, which has a very high public debt, and is struggling to reconcile the economy that is still planned in the past with the future, is already in reserve, in a short-medium term, that is, within five years ,at least eighty projects worth 27 billion dollars. At stake are contracts of considerable financial value that the regime intends to promote with a more open approach and by making the competition compete.

The real estate market in Belarus is on the rise and the prices are rather moderate, there are some peculiarities that foreign citizens have to bear in mind if they want to buy property for sale in Belarus:land is not for sale, only the buildings, and purchases of real estate are accompanied by a long-term land rent contract (for 99 years at most).

More news on the real estate market
Other 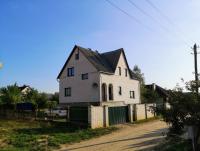 For sale Other (Commercial), Belarus, Vitsebsk, Polozk, Via Proletarskaya 1a 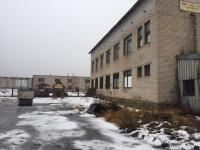 847,840.00USD
For sale
Other (Commercial)
5000 m²
Company for wood processing and trade, on a surface of about 5000 mq and located in Polozk in Belarus. consisting of several warehouses, Gantry Crane,...
Add to favourites Details
REALIGRO FREE ADVERT
Cod. 38068 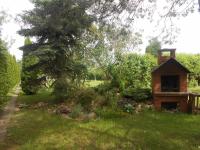 109,008.00USD
For sale
Other (Commercial)
280 m²
A copmany based in Belarus (Novopolozk) is selling a gym, total area 280qm. The gym is newly renovated, has a male and female changing room, shower an...
Add to favourites Details
REALIGRO FREE ADVERT
Cod. 37247

48,448.00USD
For sale
House
289 m²
The company based in Belarus, Novopolozk is selling a haus in historical area of Polozk city. The building is approximatelly 290qm, has a terrace and ...
Add to favourites Details
REALIGRO FREE ADVERT
Cod. 36201

105,000.00USD
For sale
1 Bedroom
68 m²
We call your attention to a luxurious apartment with almost 68 sq. meters of living space, ideally located in the very center of the vibrant Old Town ...
Add to favourites Details
REALIGRO FREE ADVERT
Cod. 34458 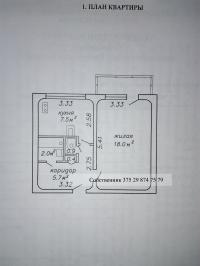 53,000.00USD
For sale
1 Bedroom
35 m²
1 bed room apartment close to the center and near metro station `Sportivnaya` in Minsk city, Belarus for sale. There is new furniture in bed-room and ...
Add to favourites Details
REALIGRO FREE ADVERT
1 / 2

» Show more
Why choose Realigro?
There are many reasons for choosing Realigro. We summarized them in this beautiful infographic
Free
and Premium Services Check out how easy it is to sell or find your home with our Free and Premium services
Professional Services Discover how to increase your business opportunities
Collaboration between Property portals Do you have a property portal with a nationwide focus? Publish your database on Realigro.
Property for sale
Property for rent
» Other
2005-2021 REALIGRO REAL ESTATE LTD. All Rights Reserved - VAT Nr: 893969932
Neikos Digital Agency
BB